Why Aspiring Wall Streeters Should Read Every Section of the Newspaper 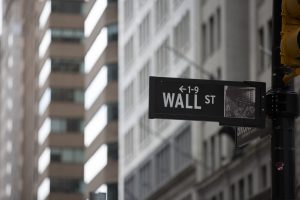 Breaking into the Wall Street world is no easy feat.

Michael Ventura was once one of those students. He studied political science while he was an undergraduate student at Colgate University in New York. He is now a director in equity capital markets at RBC Capital Markets. Ventura is what’s called an originator, going out and winning business from energy clients that the investment bank can raise capital for. He’s been with the firm for ten years.

RBC finished 2016 ranked 10 for investment banking fees in the US, according to Dealogic, increasing its market share.

Business Insider recently met up with Ventura to ask him his advice for young people with non-finance backgrounds interested in a career on Wall Street. He said such folks should, as a first step, immerse themselves in the news.

“Be knowledgeable and be up to speed on current affairs. Read the Wall Street Journal or the New York Times every day, cover to cover,” Ventura said. “Absorb every section.”

Yes, that even means the style section. Staying abreast on the forces that drive business on Wall Street is important, according to Ventura, but knowledge of more commonplace points of conversation is equally important. This, he said, will help young Wall Streeters over the course of their entire career.

“Reading Thursday Styles will help young employees become well-rounded individuals which means, if they meet my wife after work and she tells them she works in the fashion business, they’ll be able to engage with her and contribute insightful or meaningful comments, and that’s very valuable,” Ventura said. “It shows maturity, it shows they will succeed in client-facing situations, and it engenders loyalty and a sense of community.”

It also might improve a wannabe’s look, which can never hurt.

Original Article: An investment banker explains why aspiring Wall Streeters should read every section of the newspaper